The Bouneff, Chally & Koh team has been caring for local families for over 40 years.

We are a small and dedicated staff with extensive experience. We are proud not only of our excellent results, but of the sensitivity and warmth we bring to our work. We care about each and every one of our clients. Whether you want to start a family or plan for your family’s future, we’re here to help. 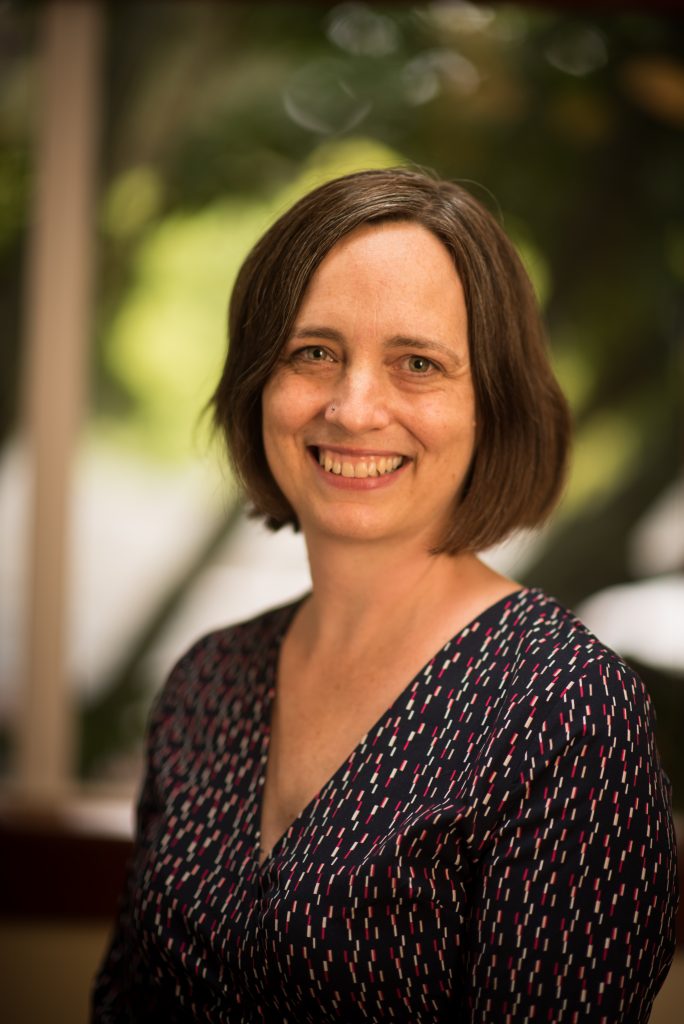 Tabitha L. Koh, Esq. was born and raised in Portland and attended Cleveland High School before moving to the East Coast to earn a liberal arts degree from Wellesley College. Tabitha first worked for the firm from 2001 to 2004 as the office manager and bookkeeper and providing general client support. After graduating from the University of California Berkeley Law School in 2007, she served as a litigation associate at Orrick, Herrington, and Sutcliffe, before rejoining the team in 2009 as an attorney. In 2015 she became a named partner in the firm.

Tabitha is licensed to practice law in Oregon, Washington, and California. Her practice areas include adoption, surrogacy, and assisted reproductive technology, as well as estate planning and probate. She is a member of Oregon Women Lawyers (OWLS) and the Oregon Gay and Lesbian Law Association. She is also a member of four sections of the Oregon State Bar Association: the Diversity, Elder Law, Family Law, and Estate Planning & Administration sections.

Outside of work, Tabitha enjoys cooking, gardening, and being outdoors. She and her wife live in Portland with their 2 children. 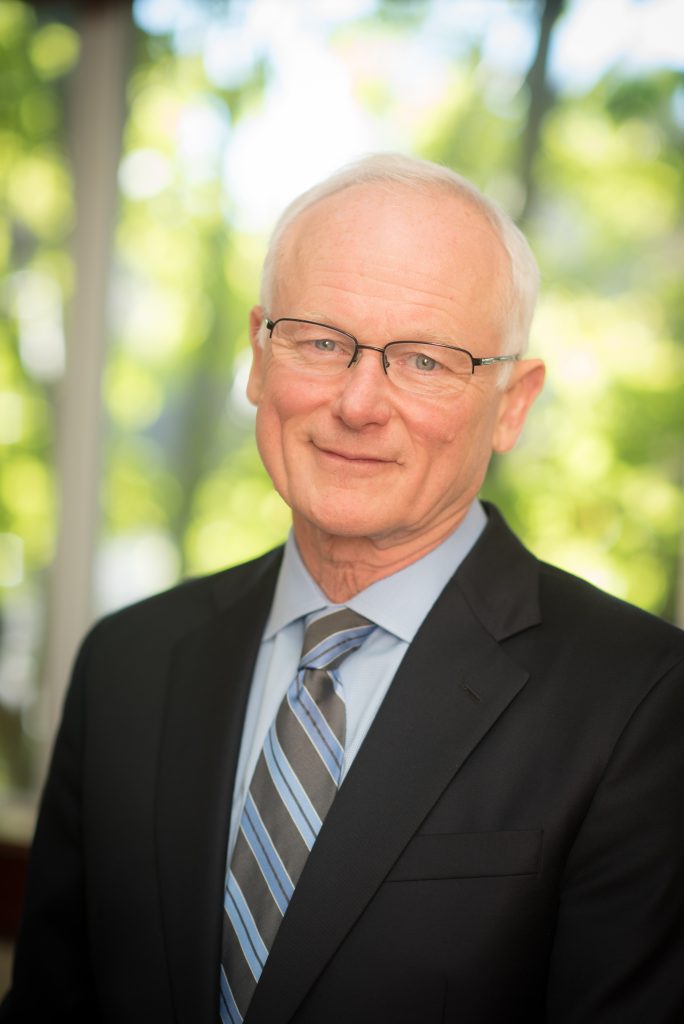 John Chally, Esq. has over 35 years of experience practicing in the areas of adoption, adoption litigation, and third-party custody. He represents adoption agencies, adoptive parents, birth parents, and intended parents. He is an experienced litigator, with 30 years of experience as a trial lawyer. He has also served as the Co-Founder of Northwest Surrogacy Center, LLC for 17 years.

John is licensed in both Oregon and Washington. He has a Martindale-Hubbell rating of AV Preeminent, indicating the highest level of professional excellence and ethical standards. He is ranked as a Super Lawyer.

John has published numerous articles and book chapters on adoption and frequently speaks at adoption seminars. He was a member of the State of Oregon Task Force on Adoption Services, and drafted legislation regarding Oregon jurisdiction in adoption proceedings that was enacted by the 2003 legislature.

Outside the office John enjoys spending time with his three children and four grandchildren. He also hikes, kayaks, and practices yoga. 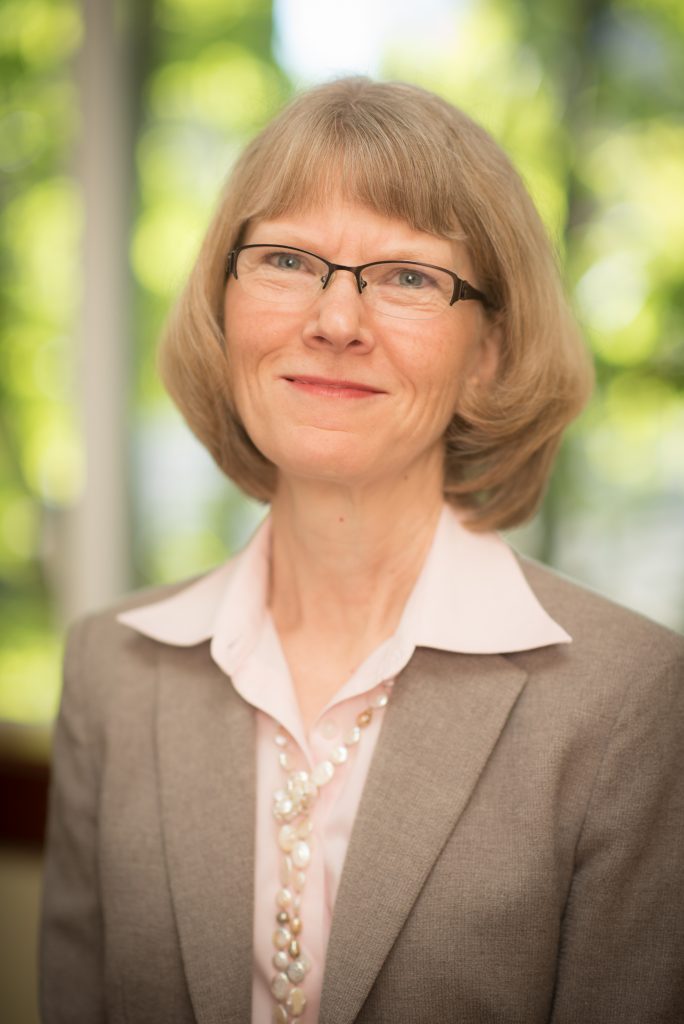 Sandra Hodgson, Esq. has been helping to create families through adoption and third-party reproduction for over two decades, representing intended parents, surrogates, and donors. She joined the team at Bouneff, Chally & Koh in 1988, after serving as a law clerk at the Oregon Supreme Court and the Oregon Court of Appeals. She is also the Director and Co-Founder of Northwest Surrogacy Center, LLC.

Sandra is licensed to practice law in Oregon, Washington, and Montana. She is a member of the American Academy of Adoption Attorneys, the American Academy of Assisted Reproductive Technology Attorneys, and the Family and Juvenile Law Section of the Oregon State Bar Standing Committee on Adoption. She has authored book chapters and other materials on adoption and assisted reproduction, and has been a speaker at assisted reproduction and adoption seminars. In addition, she is a member of RESOLVE and the American Society of Reproductive Medicine.

When she’s not at work, Sandra enjoys cooking, hiking, being outdoors, and spending time with her husband and grandchildren. 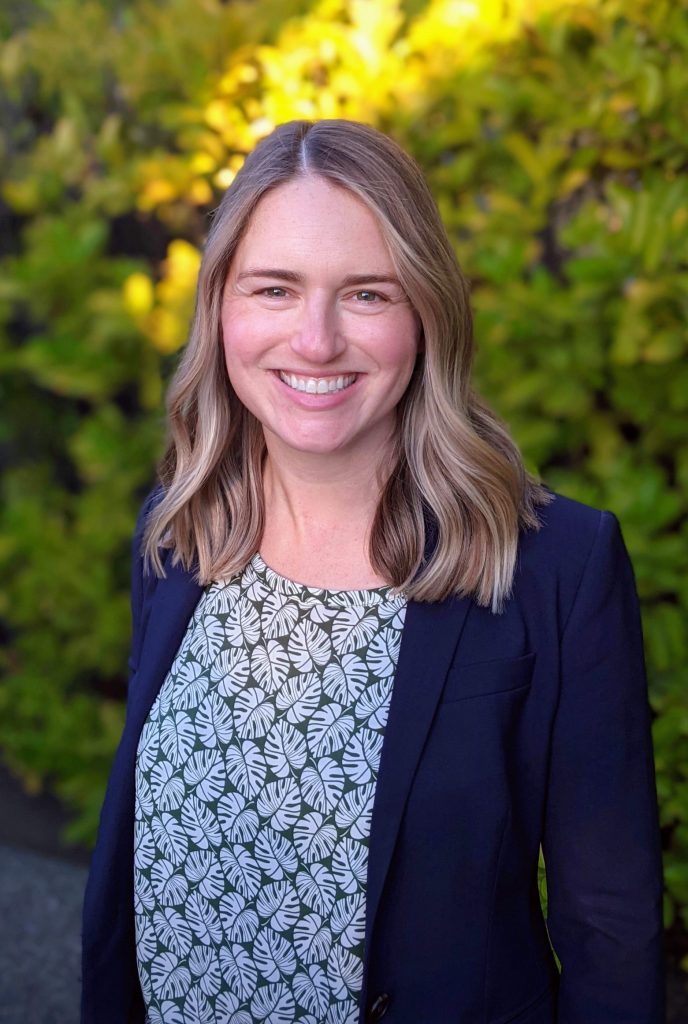 Sarah Scott, Esq. was born and raised in Portland and attended Jesuit High School before seeking sunnier skies and an English degree from Santa Clara University in the Bay Area, CA.

After graduating from Santa Clara Law in 2014, Sarah worked as a Deputy District Attorney before moving to direct service work where she represented clients on mental health holds. She has spent the last three and a half years representing families in the child welfare system in Santa Clara County.

Sarah is licensed to practice in Oregon, Washington, and California. She is a board member of AGE+, an organization which empowers communities of all ages to value and care for older adults. 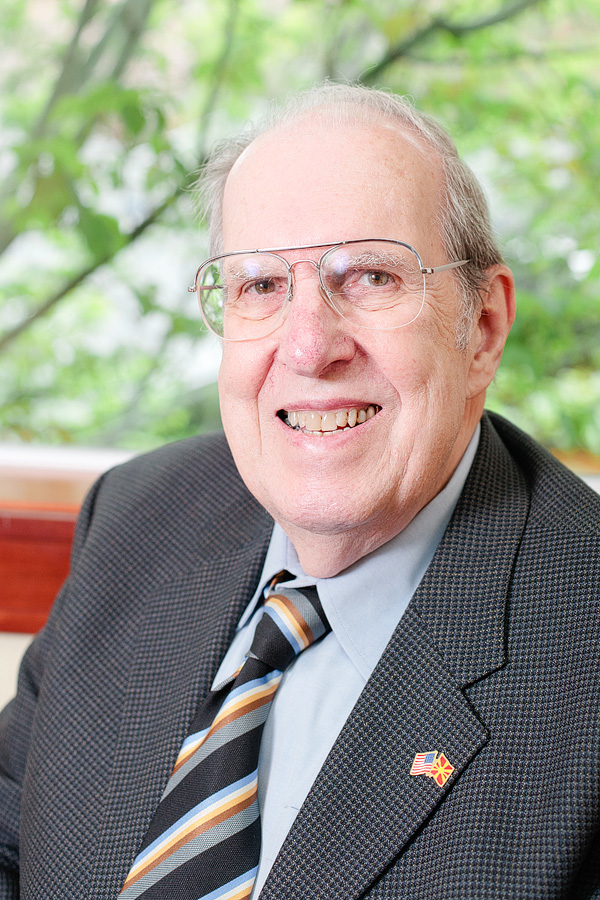 Our dear partner, Bob Bouneff, passed away on April 6, 2021 at the age of 88. Bob Bouneff, Esq. practiced law for almost 60 years. He was born and raised in Portland, attending Woodlawn Grade School and Jefferson High School before earning his undergraduate degree at the University of Oregon. He served in the United States Army for two years before graduating with a law degree from the University of Oregon in 1959.

After law school, Bob worked as a clerk for the United States District Court. He began practicing probate law in 1962, then started his own firm in the late 1960s. He began working with John Chally over 40 years ago. He focused his practice on real property, estate planning, probate, guardianships, and conservatorships.

Bob was licensed to practice law in Oregon, the United States Supreme Court, the United States District Court, and the United States Tax Court. He held a Martindale-Hubbell rating of AV Preeminent, indicating the highest level of professional excellence and ethical standards. The local courts regularly called on him as a bailout lawyer, enlisting his services for especially problematic or difficult cases.

Bob was married to his wife Sylvia for almost 60 years. They have two children and two grandchildren. Those who knew him know Bobby as a good human, an optimist, and a humanist who had the patience to counsel and to see the best in people. 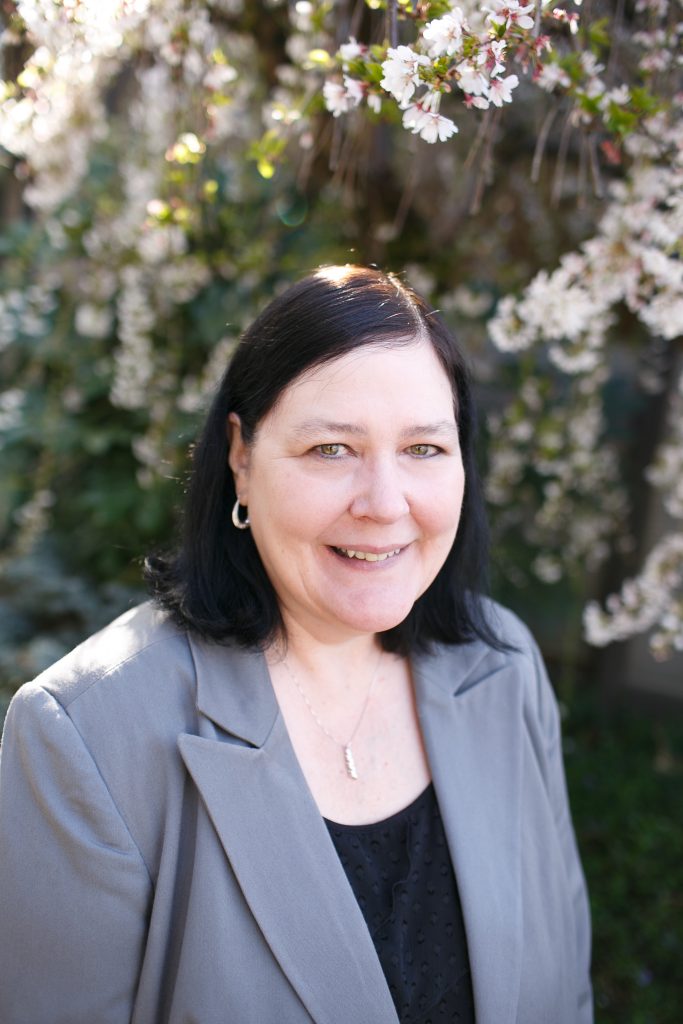 Leslie East graduated from Mt. Hood Community College in 1979 with a legal secretary associate’s degree. She began her career with an insurance defense firm before joining the Bouneff, Chally & Koh team in 1981, and was Bob Bouneff’s right-hand woman for almost four decades. Leslie has extensive experience with probate, estate planning, guardianships, conservatorships, and adoption. During her career she has worked in most areas of law.

Leslie is a Portland native. She is a mother of three adult children. She loves watching sports, golfing, hiking, and spending time with her family and her Brittany dog. 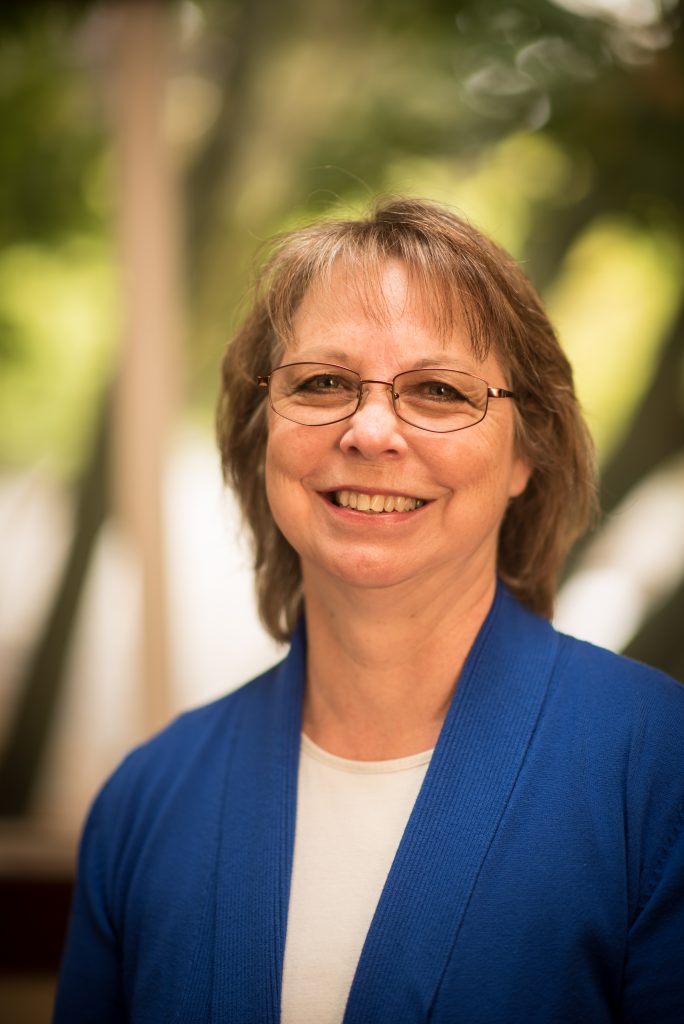 Originally from southern Oregon, Shelly Reynolds has three decades of administrative experience in the medical, corporate human resources, and legal fields, including personal injury law. She joined Bouneff, Chally & Koh as a legal assistant in 2000. Shelly loves children and can’t imagine working in any other field of law. She finds that being a mom allows her to empathize with mothers making their most difficult decision, and to share in the joy of mothers receiving the most precious gift.

Shelly and her husband and have three daughters and a granddaughter. In her spare time she loves spending time with her family and reading mystery novels. 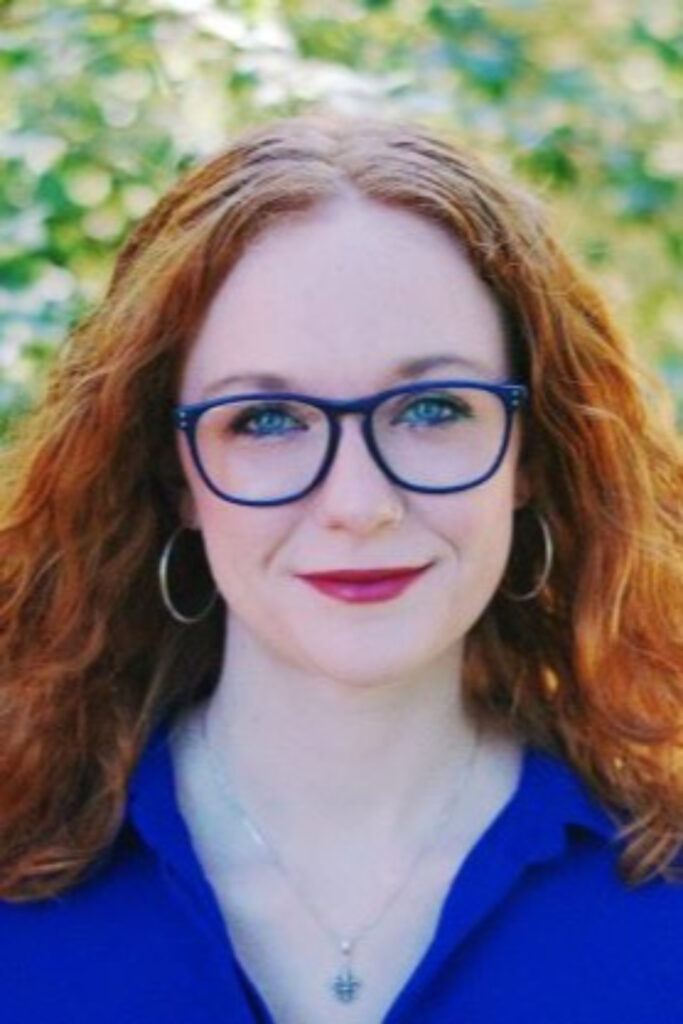 Caitlin joined the Bouneff, Chally & Koh team in 2021 after graduating from the University of Oregon with a degree in History and Political Science, desiring to pursue a legal career. As a member of the Oregon Judiciary’s Citizen Review Board, she cares deeply about family law and is grateful for the opportunity to help serve LGBTQ families and communities.

Caitlin has a professional background in social services, having worked with unhoused and low-income individuals and families in mental health and affordable housing nonprofits. She is passionate about social justice and equality issues, and volunteers with local Portland grassroots organizations.

Outside of work, Caitlin enjoys exploring the city, watching the ducks at Laurelhurst Park, gardening, reading, and playing music. 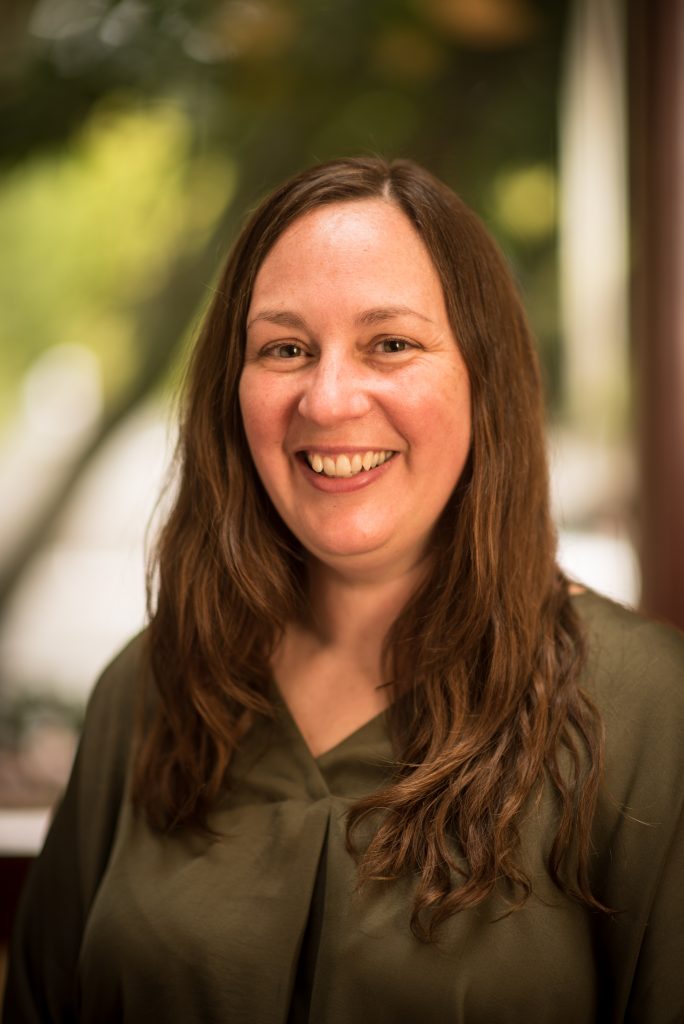 Terra Darrow joined the team in 2018 after having spent 3 years in the surrogacy field. Terra is originally from central Pennsylvania and after graduating from college, she packed up her car and moved across the country to Portland. Terra has previously worked in garden centers and nurseries and the outdoor retail industry. Most recently, she worked for several years at Northwest Surrogacy Center as a case manager and finance team member. Terra loves working at BCK and being part of a team that helps to grow and protect families.

When Terra is not at work, she enjoys camping with her husband and two children, seeing live music, going to Portland Timbers soccer matches, and playing pinball. She also loves native gardening and growing orchids. 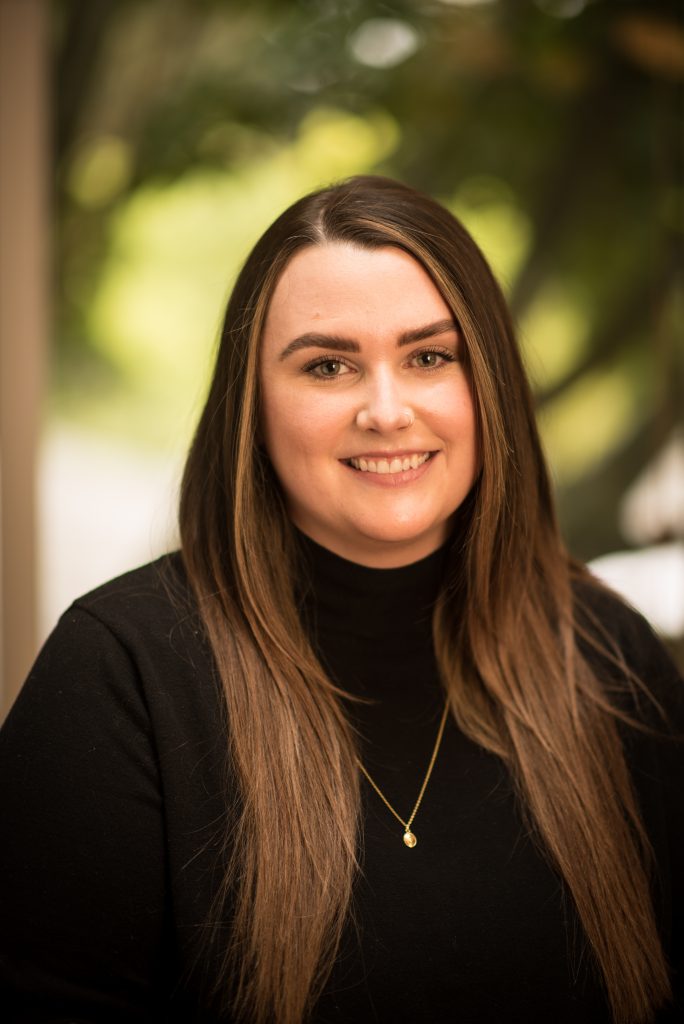 Margot van der Bie joined the team at Bouneff, Chally & Koh in 2019 after moving to Portland from Northern California. Margot graduated from California State University, Chico where she studied Multicultural & Gender Studies and Comparative Religion. Prior to her work at BCK, Margot worked as a legal and housing advocate for survivors of domestic and sexual violence. She is honored to be a part of a legal team that is dedicated to serving the LGBTQ+ community and their families.

Outside of work, Margot enjoys camping, playing the guitar, cheering on the Portland Thorns, and hoarding house plants. She happily resides in SE Portland with her partner and their two cats.

Top
We use cookies on our website to give you the most relevant experience by remembering your preferences and repeat visits. By clicking “Accept All”, you consent to the use of ALL the cookies. However, you may visit "Cookie Settings" to provide a controlled consent.
Cookie SettingsAccept All
Manage consent

This website uses cookies to improve your experience while you navigate through the website. Out of these, the cookies that are categorized as necessary are stored on your browser as they are essential for the working of basic functionalities of the website. We also use third-party cookies that help us analyze and understand how you use this website. These cookies will be stored in your browser only with your consent. You also have the option to opt-out of these cookies. But opting out of some of these cookies may affect your browsing experience.
Necessary Always Enabled
Necessary cookies are absolutely essential for the website to function properly. These cookies ensure basic functionalities and security features of the website, anonymously.
Functional
Functional cookies help to perform certain functionalities like sharing the content of the website on social media platforms, collect feedbacks, and other third-party features.
Performance
Performance cookies are used to understand and analyze the key performance indexes of the website which helps in delivering a better user experience for the visitors.
Analytics
Analytical cookies are used to understand how visitors interact with the website. These cookies help provide information on metrics the number of visitors, bounce rate, traffic source, etc.
Advertisement
Advertisement cookies are used to provide visitors with relevant ads and marketing campaigns. These cookies track visitors across websites and collect information to provide customized ads.
Others
Other uncategorized cookies are those that are being analyzed and have not been classified into a category as yet.
SAVE & ACCEPT